After writing an omnibus article on the problems facing the Court of Master Sommeliers, we heard from many high-profile sommeliers who really did not like how we portrayed the court. Below are excerpts of the comments.

Note: We removed many of the ad hominem attacks from their statements. We also edited comments for clarity and brevity. The full unedited versions are in the comments under the original article: https://www.somm.us/boycott-master-sommeliers/.

Following their statements, I have included my response.

If I’m reading this right, you are somehow responsible for your employer’s political views? Also, does the author have evidence about sexual violence as it directly relates to the court? If so I would be interested to see that. But it doesn’t seem to be in the article… The author’s arguments are non-sequiturs and their basic misunderstanding of how non-profits work leads them to sensationalist conclusions.

Whispers are not facts. They are usually derived from individuals scorned over not passing some level of the exams. Perhaps before deciding to take down an organization over rumor and conjecture….take part in CMS with an open mind and see for yourself what is fact and fiction.

As both a female and a Democrat, I do not believe a boycott is reasonable. It’s ridiculous to hold individuals responsible for the donations or political leanings of the company they are employed by.

I also don’t agree with the claim that you have to know the “right” people to succeed, since I had NO master sommelier recommendation letters and still got into the exams.

To blame the Court for the harassment of women in the wine industry and various other offenses listed, without so much as mentioning the disparities of giant wine corporations such as Constellation or other educational routes such as WSET or CWE, is both irresponsible and biased.

As a Master of Wine (MW) candidate and person of color, I believe this entire outlook is absolute insanity… I also believe that automatically assuming a person, business, or organization is immediately evil because they are Republican shows a level of ignorance that ironically is what they are complaining about… Of course, I am against sexual violence (being a victim), as well as hate and prejudice (being a victim), but to look at the world and this organization in such a narrow-minded, ignorant, and purely fascist way makes you no better than what you are fighting against.

Our Response to the Sommeliers Defending the CMS

We understand your concerns surrounding our previous article. The arguments can be distilled to the following:

You are absolutely correct in that an individual is not responsible for their employer’s politics. However, we are not talking about private individuals. We are talking about the board of directors of a non-profit trade organization: duties and ethical obligations bind anyone who accepts such a position.

Lets get the technical information out of the way and then talk about their implications.

The Court of Master Sommeliers is a 501 C (6) Charity Organization registered in California. According to California Code, Corporations Code – CORP § 5210, the Board is responsible, under the law, for the charity’s acts and omissions. Board members have two basic duties: a duty of care to the corporation and loyalty. The duty of care is fundamentally about acting prudently. The duty of loyalty is fundamentally about putting the corporation’s interests before the director’s own interests.

Under IRS rules, the Court is a nonprofit trade association. As such, it must represent an entire industry and promote the common interests of its members. Furthermore, it must not provide services to individuals the way a for-profit business does.

The Court of Master Sommeliers was established to encourage improved standards of beverage knowledge and service in hotels and restaurants. Education was then, and remains today, the Court’s charter.

TL;DR: A significant amount of the CMSa budget is supplied by a major Republican donor, and other Republican donors mostly employ its board. Our article was not about shaming individuals for being Republicans. It’s to point out that the Court’s board does not represent its membership at any level. If you are a Democrat, woman, or person of color, you should have much more representation on the board than you do.

The claim that the Court of Master Sommeliers, Americas (CMSa) is only culpable if there is a direct link to rape and sexual violence is incorrect. The CMSa makes the legal argument that they are the trade association for sommeliers in the restaurant trade. Being a trade association allows them to be a tax-free 501 (c) 6 nonprofit. This is a double-edged sword. In exchange for not being taxed, a trade association is obligated to promote the general interest of its members as well as the entire industry.

Let’s take a look at how a similar trade association dealt with rising reports of sexual assault in the workplace during the #metoo movement:

The AHLA spent months working to keep hotel employees safe from assault. The CMSa has the same obligations and a similar workforce but did nothing. As members of the sommelier community, it is up to the CMSa –our trade association– to take a stand on sexual violence. It is perfectly reasonable to criticize the CMSa for failing to act on this grave problem.

We do not have a political agenda, as some have claimed. We want sommeliers to take a long and hard look at the CMS and demand that it does better. We are not asking for a lot.

Opposing Viewpoints from the Sommelier Community
Tagged on: CMSa    Court of Master Sommeliers 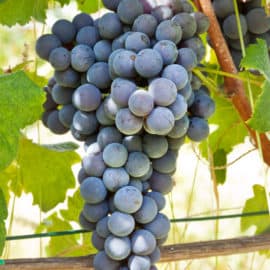 A Sommelier’s Trip Through Northern Italy 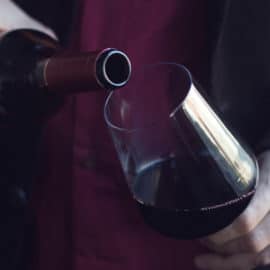 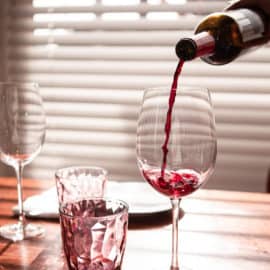 2 thoughts on “Opposing Viewpoints from the Sommelier Community”