Why the wines of Santorini—what makes them special for a review? Well, it started with a trip to the beautiful island of Santorini in 1999 with my husband. Not only did we experience the breathtaking view of white cathedral type structures atop mountains and blue skies, but the wine we were greeted with took us by surprise and made our arrival special. 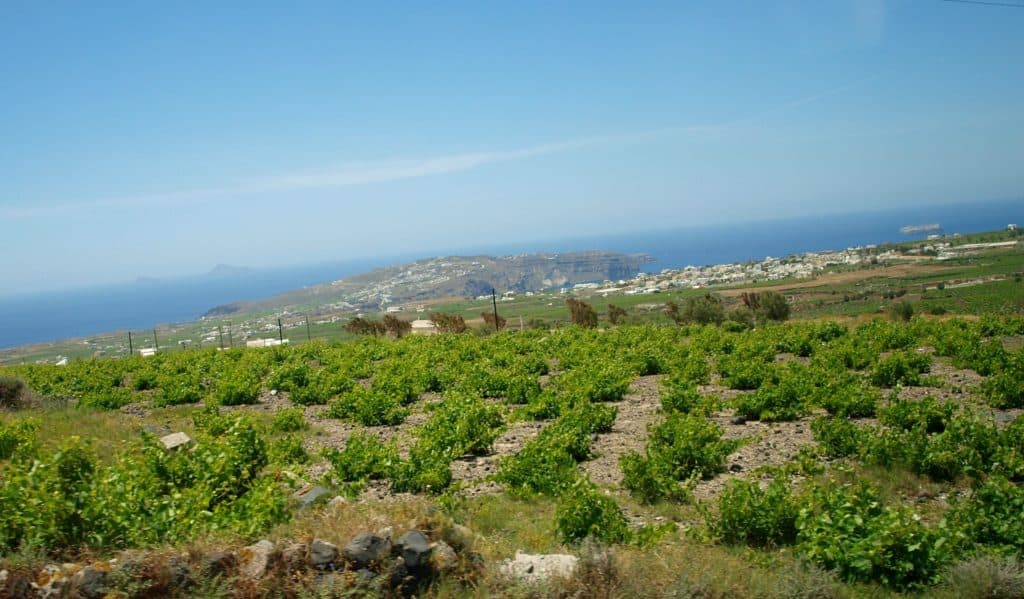 Of the Greek islands, many may choose Crete, Rhodes, or Mykonos, however, Santorini would be the first one recommended for its beauty and popular sunset. Santorini was formed from a very big volcanic explosion that destroyed early settlements and created this now present caldera or depression in the land. This island is part a lagoon and part high, steep cliffs on three sides next to the Aegean Sea.

The result of the volcanic explosion was a soil comprised of ash, lava, and pumice stone helping to produce some very unique wines. While this type soil is not typically ideal for growing grapes, it is porous enough to retain some humidity and provide moisture to the vines at night. It is a Mediterranean climate with warm temperatures, little rainfall, and high humidity, but also has forceful winds coming from the sea, which can make it difficult to manage grape vines. The answer is their special “trained” system of vines produced in low-hanging baskets close to the ground protecting them from the wind and heat. This combination of soil, winds, heat, and cultivation system produces the excellent wines of Santorini.

The main grape the island is known for is Assyrtiko, producing many dry wines. Also well known and blended with Assyrtiko, are the Athiri and Aidani varieties producing the sweet wine called Vinsanto. Although in less quantity, red wines can be found made from the indigenous Mavrotragano or Mandalieria grape.

Assyrtiko is considered high acid, full of citrus and mineral influences from the volcanic soil. It has a high alcohol level, which along with the high acidity, makes its one of the few white grapes of the Mediterranean to have a long aging life. The Vinsanto wines take advantage of the high acidity of the Assyrtiko, which avoids that too sugary taste you get in some dessert wines, and instead produces a more smooth, velvety taste. Thus, it is considered very food-friendly.

It was the trip to the Wine Museum, built in a cave on the ground of the Koutsoyannopoulos Winery, that stood out to us. We were greeted by a very tall, friendly gentlemen who provided a guided tour of the winery and its history. He told us he earned his sommelier certification in New York. Of course, sampling some of the wine was included!

There was almost an anise taste to the wine, which is most likely the minerality or sweet spice for which it is known. It was very pleasing to us and something you don’t always find in white wine. The Assyrtiko was produced in steel fermented barrels. One could see the pride the owner had in both the wines and the museum itself. A visit to the nearby winery showed the versatility of the winemaker with his blend of Assyrtiko, Athiri, and Aidani, along with homegrown fava beans to our surprise!

We have since tried to find a similar wine and have not come close. Thus, our plan to visit this beautiful island with wine in hand watching the magnificent sunset!

A Sommelier’s Trip to Santorini 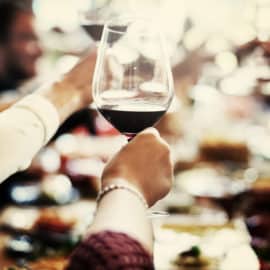 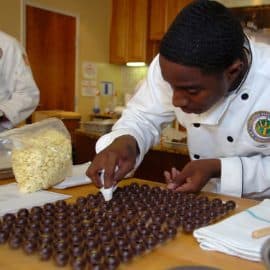 Sommelier Asks: Cooking or Baking—Which One Do You Prefer?