Although a lot of ink has been spilled over diversity in the wine trade, our industry seems to be exempt from much of the #blacklivesmatter and #metoo social movements. Sadly, almost nothing has changed since highly damning news reports started coming out regarding racism and sexual violence at the Court of Master Sommeliers.

If you read the comments section of the article linked above, it’s pretty clear many sectors of the wine industry are content to defend the old boy’s club. Is it a surprise that the wine trade is one of the least diverse industries in the United States? According to the Washington Post, only 2 percent of our industry identifies as black. In addition, the trade magazine Wine Business has reported that women hold only 6.7% of leadership positions in the wine trade.

There has been surprisingly little condemnation from the left about this state of affairs. Perhaps liberals value their bottles of Napa Cabernet more than human rights? That would not surprise us: the hypocrisy of the elites is eternal.

There is a glimmer of hope, however. The one place you see a movement towards diversity is in the education sector. Many wine schools in America are advocating a more inclusive wine trade. True enough, much of this movement is on the liberal coasts, but it seems like a major shift has started, with groups like the Roots Fund backing the movement towards a more colorful wine world.

What is the state of affairs today? Here is the list of the most diverse wine schools in America today.

The Most Diverse Schools

There is no question that the San Fransisco Wine School is the best-funded wine school in the country. Unfortunately, they don’t typically get high marks for education, largely because they are more of a wine entertainment center than an actual school. That is the downside of being at the heart of one of the world’s most wine-centric and expensive cities.

Over the years, their audience has not been diverse, mostly white and wealthy. SFWS would not be on this list and absolutely not at the top, except for George Floyd. This school made a major pivot in 2020, committing its impressive endowment towards racial equity.

There were many internal arguments over whether to put SFWS at the top of the list. Many of our younger staff insist this is just window dressing and that throwing money at an issue is not a real solution. There are also conflicting reports from BIPOC and LGBTQ students. Some older students complain about the overly woke culture at SFWS, while others praise the commitment to diversity.

However, at the end of the day, no school has invested more money towards diversity.

Without question, the Wine School of Philadelphia‘s alumni is the most diverse in the United States. Its classrooms are a veritable melting pot of wine aficionados. Asian, Black, Women, and Queer sommeliers all find a home here. In some ways, that is not surprising: Philadelphia is a remarkably diverse city. However, other schools on the East Coast with similar demographics do not have the same level of diversity.

Oddly enough, while the school is known to embrace everyone, it does not seem to be particularly political. Its stance seems to be more “this is who we are, deal with it” rather than an actual political stance.

Both BIPOC and LGBTQ Students who attend this school say they feel comfortable and treated with respect and have so for years.

Northern California is not the most diverse place in the world. It’s the heart of the American wine industry and lacks almost any BIPOC and LGBTQ representation.

Despite that, the Napa Valley Wine Academy has put significant resources towards investing in equity. They were one of the only schools to offer scholarships through the Roots Foundation and consistently promoted students of color.

The school’s virtual wine education has been put to excellent use to bring in a more diverse student base. They also reach out to the sizable group of diverse wine tourists that are also seeking wine education.

According to several students, most students of color are in Napa Valley for vacation. Some BIPOC students report being a little overly celebrated during classes, which is not everyone’s cup of tea.

The commitment to bringing in a diverse student community using online resources is very impressive.

A new wine school out of Chicago with a major focus on LGBTQ+ students. While new, it is the first openly Queer-owned wine school, which is a major hallmark in our industry. Although saying that in 2021 really underscores how behind the curve the wine trade is. We hope the first black-owned wine school is not far behind.

There are not many students of color (yet) at the Commonwealth Wine School. Boston is a surprisingly diverse city, and the lack of BIPOC sommeliers is not Commonwealth’s fault: the school just opened its doors during COVID. Diversity in the wine culture in bean town is still in its infancy, and Commonwealth is a driving force behind that movement.

Where we would find fault is this school’s predecessors — NPR darlings Boston Wine School — for failing to embrace the changing demographics of wine fully. We commend Commonwealth for pushing the Boston wine scene in the right direction. While their classes are often still very white, the students of color we interviewed emphasized they were very comfortable attending classes here.

You may not expect a wine school in Ohio to be the most diverse, but the American Wine School is a beloved institution in Cleveland for all wine lovers, regardless of color or sexual orientation.

Wine Schools at the Ground Floor

There is an untapped market of wine lovers out there. The Napa Valley Wine Academy proved that diversity and outreach make sense. Their Diversity In Wine Scholarship program with Wine Access was a huge success, offering level one wine certification to over one hundred people from underserved communities. Doing the right thing paid off: their commitment to diversity increased their market share; they are now a major WSET school franchisee.

But not all wine education facilities have made the pivot. It’s no longer acceptable to pop open some wine and turn on the overhead projector: schools have to be leaders and reach out to people who have been left out of the wine trade for a very long time.

Diversity is not just a moral cause, it makes business sense: the most successful wine schools are also the most diverse. Here’s our list of schools that we love but need to start outreach into the BIPOC and LGBTQ communities in their regions.

We have several accounts of students of color opting to travel to other cities to attend wine school. Capital Wine School is a good school, but this oversight may inspire other wine educators to open up a competing wine school in this majority-minority city. In addition, DC is a major wine city and driving distance from the wine regions of Virginia and Maryland: there is a lot of untapped potential here.

How can one of the leading feminists of the wine trade not be at the top of this list? Mary Ewing-Mulligan and the International Wine Center have brought more women into the fold than any other wine school in history. However, according to our survey, they are not doing much outreach to potential BIPOC and LGBTQ students. New York is one of the most diverse cities on the planet, and they are leaving a lot of potential sommelier students in the wind.

With a Latinx population of over 11 million, there is nothing but growth potential for the Texas Wine School. The school is only a few years old and has gone through an ownership change, but we hope they will capitalize on the vast resources available to them.

0 (0 votes)
The Most Diverse Wine Schools In America 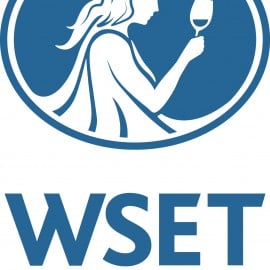 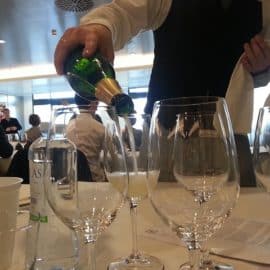 How to Become a Wine Educator 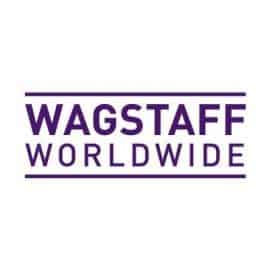