The Sommelier Society of America (SSA) is the first professional wine organization in the US.

History of the Society

The Sommelier Society of America (SSA) is the nation’s oldest wine-teaching organization and seeks to create a vital wine society for industry professionals and interested consumers. The school was founded in 1954 by a group of Manhattan waiters. At the time, European wines were flooding into the states for the first time, and there was a lack of formal sommelier education. In the early years, the group met at the 21 Club, the storied Manhattan restaurant that opened in 1922 as a speakeasy. The 21 Club only recently closed in 2021.

Robert Gourdin, a sommelier at the “21 Club,” is considered the founding member of the society. He also founded Les Amis du Vin in the early 1960s. The SSA was initially organized into chapters that spanned the United States. The Washington, DC chapter was of particular note with nearly 200 members and was cited by the Washington Post numerous times in the 1980s when it was considered the best sommelier school in America.

By the1990s, the SSA was publishing in the major wine trade magazine of that time, Santé: The Magazine for Restaurant Professionals. Dan Perlman wrote the articles, now the owner of Casa Saltshaker, a famous restaurant and cooking school in Argentina.

Since 1999, Robert Ross Moody has been the Chairman of the Sommelier Society of America. Before that, he had been a wine instructor for 11 years. His work also included being a consultant at Duggan’s Distillers and Campari USA. During his tenure, regional chapters were folded and consolidated to their headquarters in New York City. In addition, from 2014 to 2016, Robert’s grandson, Christian Gourdin, taught at SSA.

At this time, the SSA began losing influence to a new European import, the Court of Master Sommeliers (CMS). As this Google Trends graph shows, both sommelier programs were well known, with the SSA losing market share while CMS’s popularity exploded.

Today, the society’s impact is mostly felt in the NYC metropolitan region. Notable graduates include Ami Opisso of Lieb Cellars and Jessica Green of Down the Rabbit Hole wine shop. Both are staples in the Long Island wine scene.

SSA offers wine education classes, tastings, and professional consultation services. The Sommelier Society of America Certificate Course is a 21-week program. SSA students graduate with the necessary foundation and business skills to design and manage a successful wine program. Deviating from the typical memorization-heavy methods of many sommelier programs, SSA classes are highly interactive and stress cooperative learning. The final exam includes a written portion and a blind-tasting component.

1 Review for Sommelier Society of America

Wish I couldl rate this program higher, but it’s better days are behind them. 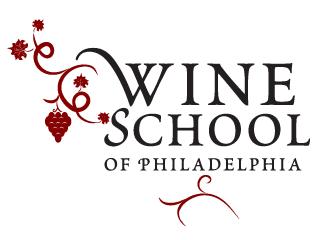