Expertly crafted hospitality and wine educational programs and experiences to inspire the next generation of wine professionals and serious enthusiasts.

The wine school was founded in 2013 by Master Sommelier David Glancy. He shares ownership with Kristin Campbell, who has a decade-long career as the CFO for tech startups. She is also the local ambassador for Women of the Vine and Spirit.

The San Francisco Wine School (SFWS) used to offer the Wine & Spirit Education Trust (WSET) certification. However, the programs were not run by SFWS. Instead, these affiliate programs are run by Grape Experience. These franchise classes are no longer offered. This is a positive trend for their programs overall.

Since dropping WSET –and disavowing the Court of Master Sommeliers– the school stepped up its wine course offerings. They run a comprehensive selection of programs that combines their own programming and offerings from the Wine Scholar Guild and the Society of Wine Educators.

SFWS programming is not designed as a comprehensive certification program. Instead, the offerings are intended as stand-alone wine courses, including a California Wine Appellation Specialist certification, Intermediate Blind Tasting, and Wine Program Management.

The school is one of the most well-capitalized in the country. Its facilities are top-notch, sporting a full-time administrative staff and a board of advisors. This is exceedingly rare in wine education. Most of their revenue comes from trade tastings underwritten by governments and the wine trade.

In California, the Bureau for Private Postsecondary and Vocational Education has approval and licensing authority for degree-granting and nondegree-granting postsecondary programs, schools, colleges, and universities within the state that are unaccredited, including for-profit/proprietary vocational-technical schools.

Currently, this Wine School is not listed in the Bureau’s database as an approved school.

Before founding SFWS, David developed wine programming for the Professional Culinary Institute. PCI was re-branded as the French Culinary Institute California and merged with the Institute of Culinary Education. As a result, the school no longer offers a wine certification program.

I am filled with sadness & rage. I feel so sorry for all that the women featured in the NYT article went through and for anyone whose journey is stifled or squashed by people in positions of power who abuse it. As you and John said I have seen highly suspicious patterns that I should have questioned. There were parts of the article that did not surprise me but others that absolutely shocked me.

I am also embarrassed and angered that any MS who did anything remotely similar to what was cited has cheapened something I worked so hard to achieve. It would be hard for most to imagine the high of becoming an MS after 8 years of attempts nor the lows of being embarrassed to be one today. This problem is not limited to the CMS or even the wine industry, but we cannot use that as an excuse. The CMS is making important steps in the right direction but it must start making giant strides not baby steps. The CMS, the wine industry, the USA, & the world can do and be better than this and we must.

Anytime I see a middle-aged man or older with a much younger woman it raises eyebrows. Whether suspicion is justified or not is not always clear. This goes far beyond the CMS. I am not on the board, nor have I ever been on the board. I was aware that one MS had been suspended for inappropriate behavior but was surprised to learn that the board had disciplined other MS. I agree with you the CMS must make drastic changes.

They are currently taking some steps which they have publicly posted including new disciplinary action against several MS, mandatory training, an external investigation, & a complaint hotline. I am hopeful that more brave women will come forward. I strongly believe that it is time for female MS and non-white MS to run for the Board President position. It is time for change.

How Are The San Francisco Wine School Reviews

The school earns high marks from both the editiorial department at SOMM and readers.

There is two hour metered parking in front of the school and surrounding streets.

Is there a San Francisco Wine School Scholarship?

The school does offer financial aid and internship programs,.

For wine events, this is the hot ticket in SF. For education, I’m not sure.

this is a great school with a lot of winemaker and portfolio tastings. just wish is wasn’t in SF! 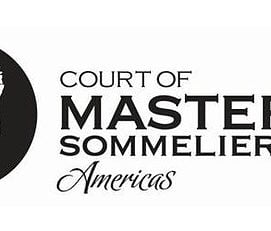 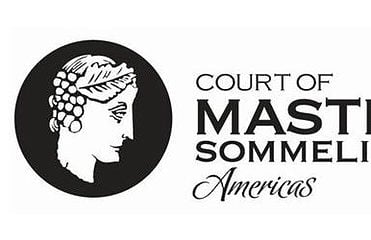