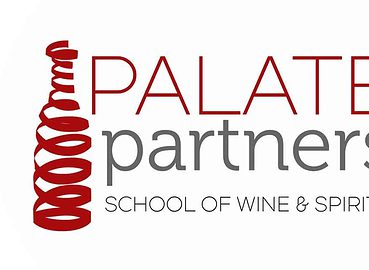 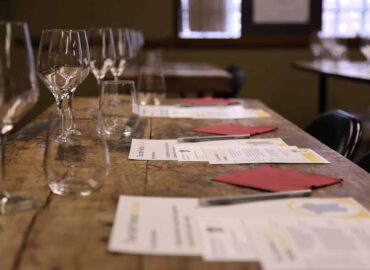 Making wine, spirits and sake education fun and accessible for all

Founded in 1992, Palate Partners was first a wine accessories store that evolved into a private wine store. This was one of the only privately owned wine shops in Pennsylvania, a liquor control state. They used an innovative method that included having an import license and a 2-day wait for all wine purchases, which allowed them to circumvent state regulations. Then, as the state’s liquor laws liberalized, they moved into wine education.

In 2015, they opened a wine school for the Wine & Spirits Education Trust (WSET) certification. Mike Gonze and Deb Mortillaro founded the company. Mike is the president of Dreadnought Imports, a wine import company. Deb was a private chef in Pittsburg before starting Palate Partners School of Wine & Spirits. The wine school was initially run by Adam Knoerzer, who went on to open his wine school, ‘Burghundy.

Their website states they “seek to enlighten, excite, and educate palates through wine and spirits. Whether consumer or professional, neophyte, or connoisseur, their team of highly experienced educators have the knowledge, experience, and passion for unveiling the wonderful world of wine & spirits.” The statement seems to describe their wine school accurately.

In 2015, the school moved from its longstanding location in Pittsburgh’s Strip District to the Lawrenceville neighborhood. They moved from a popular hub to a property in a transitional community to own the building. They continue to run their wine shop in the same building. This is particularly notable since many European wine schools are built similarly. Notably, the wine school in St. Emilion is located above a wine shop. However, this is a unique combination in the USA.

In 2020, the school released a GoFundMe page entitled “Save Our School.” Deb acknowledged the school was profitable pre-pandemic but relied on income from their wine import company. While the goal was $20,000, they did not reach that goal as of this writing (January 7th, 2022). Despite that setback, the school survived and started offering in-person classes again.

In many ways, this is an ideal wine school. It also seems blue-collar Pittsburg has fully embraced the school since its founding. The media has praised the school from its origin to today.

Earlier this month, Deb Mortillaro, co-owner Palate Partners and manager of Dreadnought Wines in Lawrenceville, earned a Level 3 sake certification from the Wine Spirit & Education Trust. By doing so, she entered rarefied air as one of just a dozen people (and only the third woman) to earn the high rank in all three categories (wine, spirits and sake; wine also has a level 4) that the international body offers.

“I didn’t recognize what a big deal it was. When you’re in it, you’re so knee-deep in what you’re doing you don’t think too much about it. And then all of a sudden, you’re like ‘Oh, wow you have all three of them’” Mortillaro says.

“And to think, I didn’t know anything about wine when I started this.”

In the decades since the Culinary Institute of America graduate left a career as a private chef to work as an educator and retailer, the lifelong learner has become one of Pittsburgh’s foremost beverage experts and one of its most enthusiastic evangelists. “The more I know, the easier it is to teach. I can tie all the pieces together. I can pull knowledge from one segment to another,” she says.

These are great people and passionate, too.