Court of Master Sommeliers: An introduction

The Court of Master Sommeliers (CMS) is an organization established in April 1977 to sponsor improved standards of service, especially wine and cuisine pairing, in hotels and restaurants. Several trade groups founded the Court and wine companies in England. The founders include the Vintners Company,  The British Hotels & Restaurants Association, the Wine & Spirit Association of Great Britain, and the Wholesale Tobacco Trade Association.

“In the future,” Mr. Gazzi said, “Britain’s wine butlers will be able to obtain a Master Sommelier’s Diploma to prove their expertise. This will lie open to practising wine butlers with at least five years’ experience and who are members of the guild.

All professional wine schools offer a set range of certifications, the Court of Master Sommeliers included. This ranges from beginner levels (levels 1&2) to the very highest (level 5). A breakdown of these certification levels can be found here: Sommelier Certifications.

It is now known that the Master Sommelier exam has been compromised.

Origin of the Master Sommelier

Master Sommelier certification was the work of an earlier group, The Guild of Sommeliers. They were pioneers in accrediting sommeliers; the first Master Sommelier (aka Level 5) exam was held in 1969. Even back then, it would take years to earn your level 5 diploma, which is still considered the highest level of wine certification available. The exam has earned its reputation as notoriously difficult, with many students failing every year.

How Much Does It Cost to Become a Master Sommelier?

As of 2017, the total cost of taking the required exams is $2,910. However, the true cost of earning the Master Sommelier pin is over $20,000.  That is due to a series of hidden costs.  The highest costs are wine, travel, and repeating exams: The average student will have to re-take exams between 2-6 times. Most will also attend a qualified wine school while taking the Court of Master exams.

Unlike other wine certification agencies, the Court does not run a wine school. Instead, they offer seminars and exams held in hotel conference rooms.

This exam is one of the easier level 3 sommelier exams.  Knowledge of major wine regions, including history and major varietals, is enough to pass the written exam. Some knowledge of basic winemaking techniques (malolactic fermentation, for example) is also helpful. The written exam is multiple-choice, which makes it particularly easy for some students.

While one of the easier exams, it isn’t easy.  We suggest attending a level three sommelier prep course at a qualified wine school. For a list of wine schools, go here: reviews of wine schools.

The three-day seminar and the exam are held separately. Do not rely on the material given in the courses, as much of the exam contents are outside the scope of a three-day program.  Less than 20% of students pass this exam.

The exam lasts for two days.

To pass the blind tasting section of this exam, the student must be familiar with deductive wine tasting.  The Court refers to this as “The Grid.” In the blind tasting portion of the exam,  you will have to identify the grape varietal of six wines.  This will be the hardest part of the exam. It is strongly recommended you seek out a wine school (or tutor) specializing in a component tasting before attempting this program.

The practical section of the exam covers basic restaurant service. If you have a background in classic French service,  this will be the easiest portion of the exam.

The pass rate for this exam is between 5-8%: Only several hundred students have ever passed this exam since it took place in 1969. Whether that makes the Master Sommelier Exam a great exam or a deeply flawed one is up for discussion.

The difficulty of this exam is in how it’s executed: it is completely verbal.  In the theory section, a team of Master Sommeliers will ask you around 100 questions, which you must answer very quickly. Expect questions about obscure wine regions, rare grape varieties, viticulture, and any other topic related to wine. A focus on obscure regulations is a key component of the exam.

In the blind tasting section, you will be blind-tasted on six wines. Grading is based on identifying grape varietal, appellation, and vintage. As in the practical exam, you will be giving your answers directly to the examination team.  For many, this is the hardest part of the exam.

The practical section is relatively easy for seasoned waiters.

There are several reasons that the Court may not be your top choice for sommelier certification. One cannot deny that it is the most famous certification agency around.  Also on the positive side is that its exams are exceptionally well-designed. If you earn your Advanced Sommelier certificate from the Court,  you will have accomplished something worthwhile.

Think about this for a minute. Should a  wine exam, no matter how prestigious, have a failure rate higher than ones for doctors and lawyers? While some may say the Master Somm Exam is “the hardest exam on earth” isn’t it more likely it’s the most flawed exam on earth?   This is especially true when you consider that the maximum earning potential of a Master Sommelier is lower than the starting salary of a doctor or lawyer.

The Court has developed a series of fantastic exams. However, their educational component is sadly lacking. The steep failure rate of its exams can be attributed to a complete lack of education options for its students. To pass the Certified Exam, a student will need at least two semesters of wine classes. The Advanced five to six semesters of classes. That is at least a year and a half of classes. How many does the Court offer? Four days of classes, total.

The price of the exams is only the tip of the iceberg.  The unspoken truth of passing the Advanced and Master programs is that the people who pass the Master Sommelier exam have hired a private tutor or have enrolled in a professional two-year program at a top wine school.

Ironically, if you attend another wine school, they probably offer the same certification that is offered by the Court at a much lower price.  You are effectively paying twice for the same thing.

One of the greatest concerns is the lack of grading transparency. There is anecdotal evidence that people should have passed an exam but ended up failing. However, there is no way to prove or disprove these claims, as the Court of Master Sommeliers is not transparent in how it grades exams, nor does it return graded papers for review. This lack of accountability is troubling, especially when compounded with the astounding failure rates.

No Accreditation or Oversight

Our review of the Court is based on how well they do their job: certify sommeliers. Movies or tv shows are fantastic, but they have only one job: issue professional sommelier certifications.

The Court of Master Sommelier is not a state-regulated trade school.  Instead, it relies on the loosely defined category of “trade certification” to issue its sommelier credentials. This poses several problems and opens up significant questions regarding the long-term viability of their certifications.

One of the most important elements of government oversight is the ability to verify whether exams are fair and balanced.  Without it, there is no way to know whether the Court uses unfair metrics to pass certain people and fail others.  There are standards for trade certification, which we use to rate the Court.  All those acronyms — ACAP, ANSI, and ADA–  are essential to the proper functioning of a certification body.

Just because it’s wine-related doesn’t mean a professional certification agency can ignore its responsibilities to the public and its constituents. Without complying with these regulations, the Court opens itself up to litigation. For more details, please see the supplied documents below. 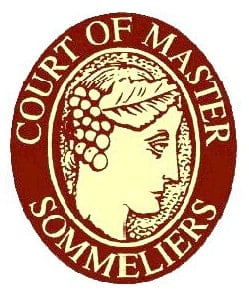 Description: The Court of Master Sommeliers is one of the top wine certification agencies in the United States. Accusations of racism, sexual extortion, and cheating have marred its reputation.

In-depth details on this review are included on this page. Did you know that sommelier certification agency –including the Court of Master Sommeliers– all offer the exact same credentials? If you want to learn more, go here: Sommelier Certification 101.

New American Chairman at the Court Of Master Sommeliers 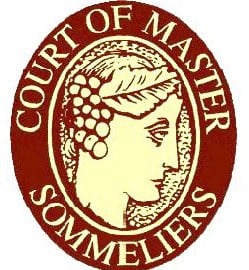 Is the Court of Master Sommeliers Americas (CMSA) For You?